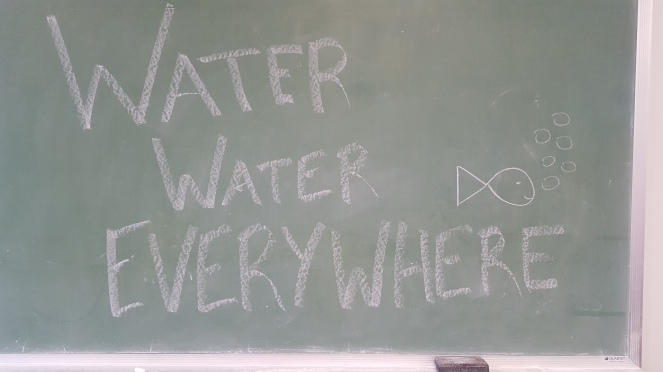 Our second to last How It Works of the season! We had to compete with a GORGEOUS day so attendance was light. But because of that I was able to spend time with each kid and make sure they understood the experiments. I think they had a great time!

First, I explained our density tower.

(As an aside, this took me three tries and almost didn’t happen. I finally got it to work about 10 minutes before the program was scheduled to start! The problem child was the [Dollar Tree] dish detergent. And I was using a tall glass vase in the beginning and I think the detergent had too far to drop and was disrupting the milk too much so the soap wasn’t forming a nice smooth surface. Also, I think there may have been too much water in the cheap dish soap to form properly on top of the milk. I switched to a name brand detergent [Ajax] and it worked perfectly. I also used a much shorter container and the soap didn’t have as far to drop and I think that helped as well.)

We sunk the bolt and floated the pink pong ball on top of the vegetable oil in the tower.

Here’s the sign I made explaining the molecules and density and why certain liquids sit on others:

I got this experiment and the illustration from the book Maker Lab: 28 Super Cool Projects. 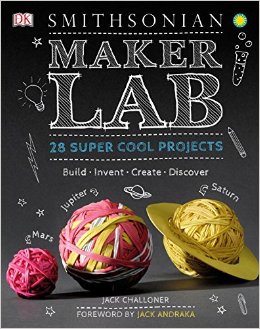 Our first experiment together was floating paper clips. This experiment came from a book I bought at Kohl’s for $5 and it’s been invaluable. Totally worth the price!

We used small cups of water for this experiment. First we dropped in a paper clip and watched it sink. Then we dropped in a small piece of tissue and put another paper clip on top. Gently we prodded the edges of the tissue with a toothpick until it absorbed the water and fell away and the paper clip floated!

Next, I demonstrated to the kids how an egg could float in water. I did this experiment myself because I knew giving the children raw eggs would be impossible without disaster. One cup was full of regular water and the other was full of heavily salted water. The egg dropped in the water and floated in the salt water! Really cool. I got this experiment from The 101 Coolest Simple Science Experiments. 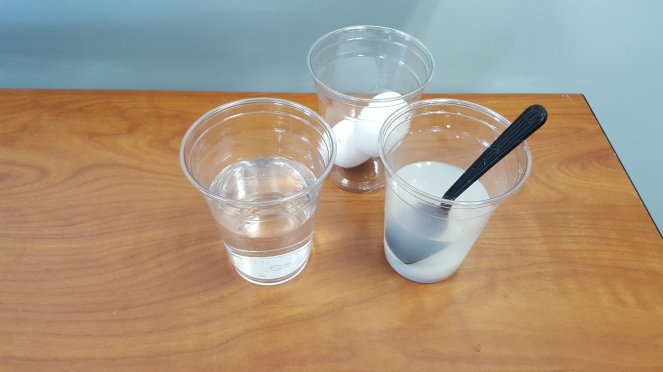 Our last experiment was paper boats. We floated paper boats made out of card stock in trays of water and made them move across the tray with drops of dish soap. This one was touch and go. It worked the first time we did it but that one drop of soap really messed up the molecules in the tray of water so it only worked that one time and then we had to empty the soap water and refill the trays with fresh water. Also, the card stock boats took on water and curled very quickly. In the book they painted the boats and I see why. I’m sure they lasted longer than our flimsy paper ones. I got this experiment and graphic for the sign from the Maker Lab book. 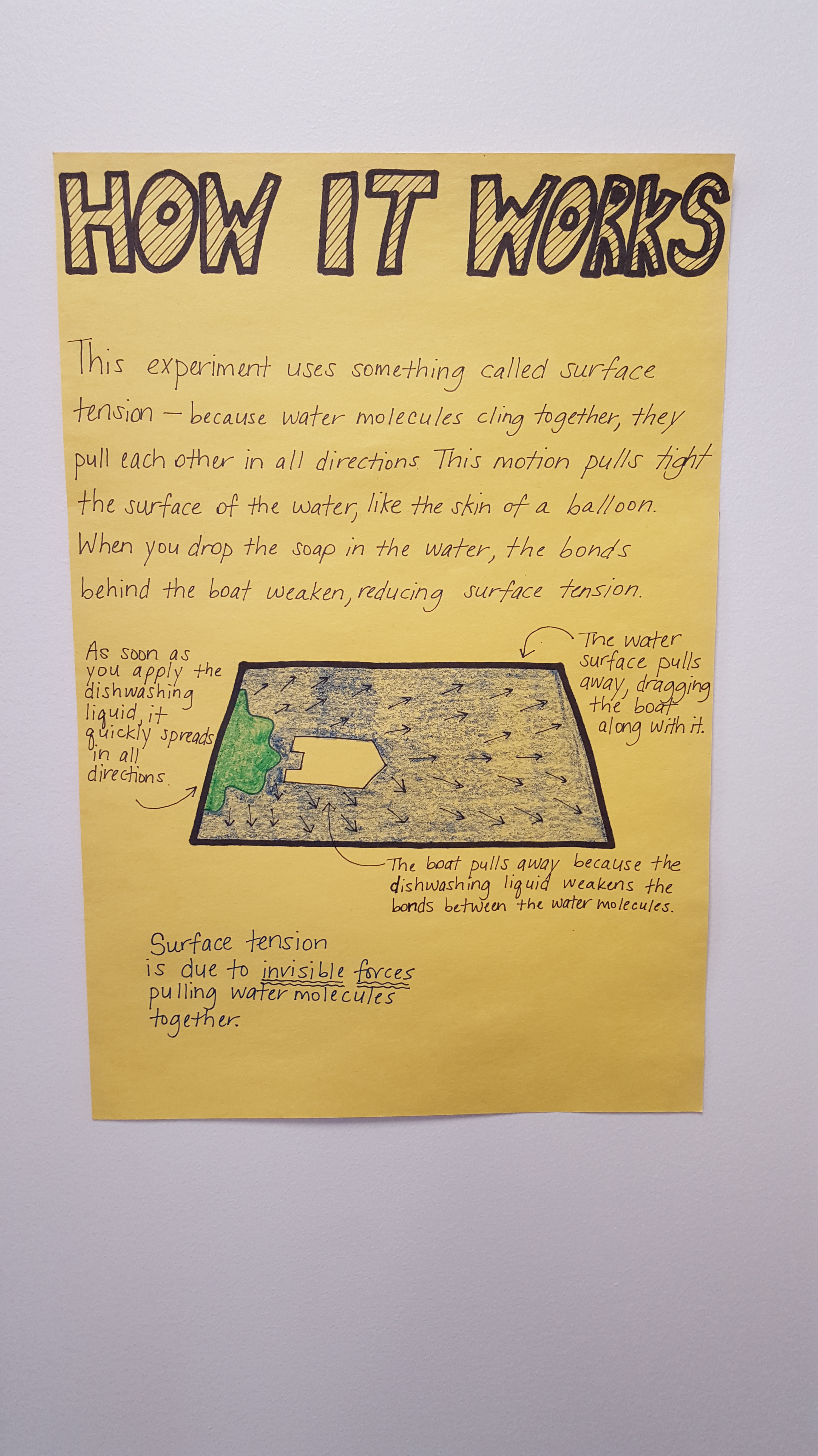 But the kids still had fun and I hope they learned a little something!