I got the idea for a NYE “party in a bag” from a librarian in a Facebook group! I thought it sounded like such a fun idea and take home bags/crafts are really popular at my library.

I wanted to include a variety of activities that could work for a wide range of ages and decided on the following:

A booklet about New Year’s traditions from around the world. I created the booklet in Word and included traditions and greetings from about 20 countries. I used two books as references: 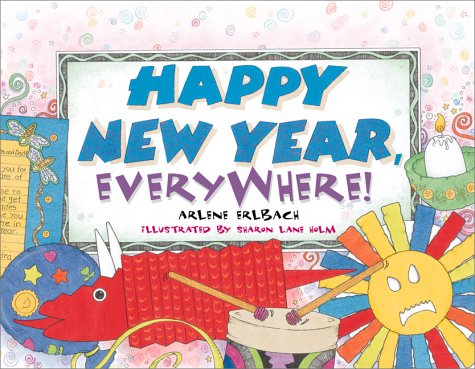 I also included the following worksheets:

Our New Year’s STEAM project was a marshmallow launcher. I found the idea on News with Naylors and included all of the materials and instructions. We did NOT included confetti but the instructions did state (if your grown up allowed it) to chop up a piece of paper into tiny pieces, load your launcher, and let ‘er rip at midnight.

I also included microwave popcorn, a ring pop, Hershey’s Kisses, and a noise maker. All bought at Dollar Tree, except for the Kisses which came from the grocery store.

Then I stapled the “Do Not Open until December 31st” tags to each bag (I created them in Canva), and they were set! 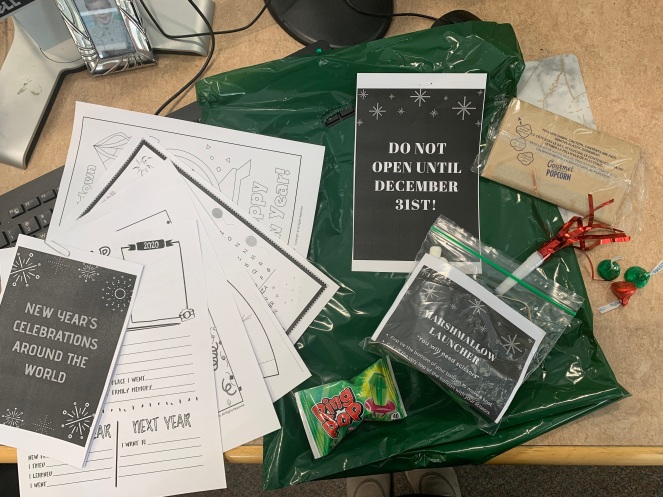